COMPARE PRODUCTS
0
GIVE FEEDBACK
COVID 19 Update: All PB Tech stores in Auckland (except Auckland Uni which is closed) are now operating in zero contact Click & Collect format only. Rest of the stores in NZ are following Level 2 guidelines - Read more 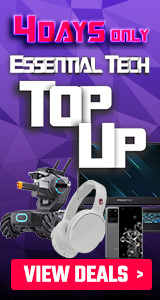 If you have been looking at getting a GoPro you may have noticed there's a couple to pick from. The two latest models are the Hero 5 Black and the Hero 5 Session. These both sit at different prices. So what’s the difference and which one should you go for?

First up the Hero 5 session is GoPro's smallest, most compact camera and straight off the bat you will see it sits at roughly half the size of the Hero 5 black, and also weighs in at only 73 grams compared to the Hero Black's 118 grams. Because of this small form factor and light weight, it’s quite a bit easier to carry with you, or mount in tighter places.

The Hero 5 Session also has a more simplistic exterior, you get a single door to reveal the micro SD card and USB Type-C input, a button on the back for shooting modes, and a button on the top to start recording. However, the only screen you will find on the session is a small monochrome display to see what shooting mode you're set to, so there’s no way to actually frame up your shot before you start shooting. Unless you connect your camera to a smartphone.

The GoPro app, now called Capture, is available for both iOS and Android, and this connects to the camera through its own dedicated Wi-Fi to show you what your camera is looking at in semi-real-time. You can also change all your video settings and shooting modes inside the app without touching the camera at all.

The Hero 5 Black, on the other hand, is the first GoPro camera to come with an LCD touch screen built right into the back, which will make this a much easier camera for a first time GoPro owner to operate. You can still connect this camera to your phone with that same app to use it hands-free, but the touchscreen is a huge advantage because you don't need to carry a phone with you to frame your shot correctly.

GoPro has made all the camera settings very easy to access and you can quickly change things like resolution, framerate, the field of view, as well as manual shooting settings and even playback videos you have taken, all right there on the camera itself. The capacitive screen is fairly responsive but I did run into a few times when it wouldn’t pick up my inputs which was a little frustrating.

Looking around the rest of the Hero 5 Black you have a door protecting a couple of ports, which has both USB Type-C as well as micro HDMI, and another door on the bottom to cover the micro SD card and a removable battery. which is good, this means if you run out of juice you can swap it out with an additional battery, unlike the Session where if it dies, you will have to charge it back up before using it again. Battery life was basically the same between these two models, I got about 2 hours at 1080p at 30fps and if I pushed that to 60fps it was around an hour and a half.

As for video resolutions these cameras are identical and can both reach 4k which is very impressive but what changes between these models is the framerate, while both cap out at 30 frames for 4k the Hero 5 Black outperforms the Session across all remaining resolutions. With the highest framerate reaching 240 frames at 720p, so if you're wanting to capture some super slow motion footage, the Hero 5 Black will be able to get considerably slower.

You get a few field of view options; with Narrow being quite cropped in, Linear is a bit wider but keeps vertical lines straight, medium has the same field of view but this is when you start to get the curved look to the edges. Wide is a little bit wider again, and then Super view is the widest you can go and this is when you get that super curved look to your images reminiscent of 90's skate videos.

Older generations of GoPro's required you to keep them inside a bulky clear case to take them under water or even just to mount them. The problem with this was that the buttons were hard to hit and the microphone on the camera was always covered, and resulted in some pretty muffled sounding audio. Both Hero 5 models are now waterproof straight out of the box up to 10m without the need for a case, so you can just pick them up and go swimming without any worries. You do still need the camera in a case to attach it to a mount but because the case is no longer needed to be fully sealed, you have access to the screen and the microphones can pick up a lot more sound.

Speaking of audio that’s another area that has been improved over the previous models, these cameras now have multiple microphones with 2 on the Session and 3 on the Hero 5 Black, the camera will now switch between microphones on the fly to reduce wind noise, and I found it works really well.

Ok but let’s look at image quality, how much better is the Hero 5 Black over the Hero 5 Session? The Hero 5 Black features a 12MP sensor compared to the 10MP sensor on the Session. I was actually pretty surprised, both cameras pick up very similar looking video quality, with no visible hands down winner. The Hero 5 Black does offer more options when it comes to exposure settings, white balance options, faster maximum shutter speed and a higher max ISO setting which will allow for shooting in darker situations compared to the Hero 5 Session. Both models will give you inbuilt digital stabilization which works well, and both also feature the new voice commands to start recording without having to touch the unit.

Both GoPro 5 cameras offer excellent visual quality and features, for me there are only two reasons to opt for the Session over the Hero 5 Black. The first is price at around a hundred dollars cheaper the Session is great value for money and secondly if you want to mount the camera in tight spaces and as inconspicuously as possible the Hero 5 Session will suit you best and save you money and at the same time, a touch screen wouldn't help much if the camera spends most of its time mounted on a helmet for example.

In all other respects the Hero 5 Black is a much better camera, not only in terms of its improved capabilities, but the simple touchscreen interface also makes it much easier to use, and I would recommend paying the little extra whether you're a beginner or an expert.

Sometimes that touchscreen has a few problems, and the battery life does seem a little short, but considering how small these cameras are and the quality they deliver, they are both really good products.

These are just a part of the massive range available with options to suit a varity of budgets and environments, check out the full range of action cameras here and be sure to check out the latest in the GoPro Store today! 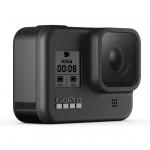 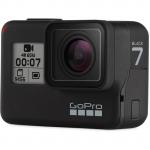 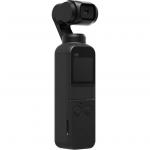 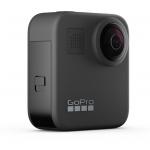 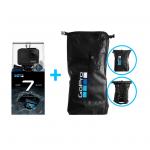 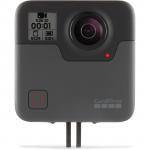 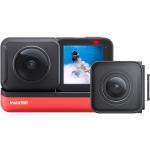 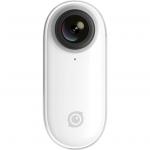 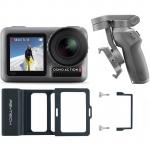 "Been dealing with a person through the online ordering system called Mirhan Mirhan. Totally..." 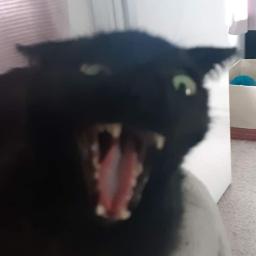