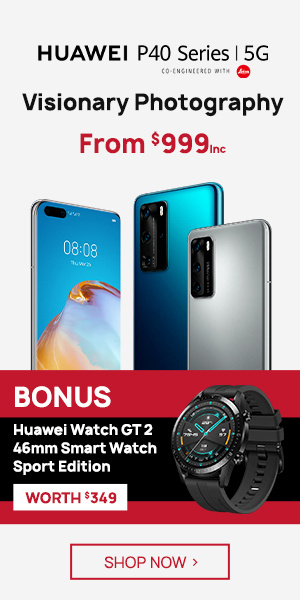 Going wireless is the way of the future. As existing wireless technologies mature and costs decline, we can expect to see a huge growth in wireless devices in the next decade. Let’s just take a moment to quickly acknowledge some of the great wireless technology that is now a regular part of our lives and we’ve already become so used to (or increasingly so). A big shout out to two of the big ones in the room – Wi-Fi and Bluetooth – which has lead onto things such as wireless speakers, headphones, printers, televisions, keyboards and mice. They’re all so much better without the wires, aren’t they? With that in mind, let’s not take for granted the next great thing in wireless devices: wireless phone chargers!

Wireless phone chargers have only entered the market within the past decade and have seen great advancement within the past few years. There are a few different standards for wireless charging including Qi and PMA. The most common standard on the market at the moment is Qi (pronounced 'Chee'), so we're going to keep our focus around Qi wireless phone chargers. Wireless chargers with a Qi standard are compatible with any phone that is Qi integrated – and the good news is, most modern smartphones are (see our list of Qi integrated phones below).

How do wireless chargers work?

Wireless chargers typically use magnetic induction. A direct current (DC) is supplied to the charging system by a power source (the wall power adapter), which converts into alternating current (AC) as it moves into the transmitting coil. The AC inside the transmitter coil generates an electromagnetic field, which will transfer energy to a receiving coil (within a compatible smartphone) when it is placed on the charger. As AC is induced within the receiving coil, the process reverses, converting the current to DC which charges the power source of the receiving device.

The Qi standard has now begun supporting wireless charging using magnetic resonance. It works similarly to magnetic induction, but allows for some distance between the wireless charger and the phone. While there aren't many chargers on the market that charge this way yet, we can expect to see more of them in the future.

Why use a wireless phone charger?

Durability - Without the constant plugging and unplugging of your device, you’ll see less wear and tear on the socket of your device. Plus, you don’t won’t have to worry about replacing your charging cable when it wears out from constant use; we all know how expensive a quality charging cable can be!

Convenience– Goodbye lost cords and tangled cables! Just drop your phone at the charging station and it’s ready to charge.

Integration – Don’t you hate when you need to borrow a friend’s charger but the charging socket doesn’t fit your phone? The great thing about most wireless chargers is that they’re compatible with a variety of different phones, no matter the size or socket.

Reliability – How often have you woken up in the morning to realize you forgot to plug your phone into your charger and failed to charge it overnight? Inductive charging systems can be operated automatically without dependence on people to plug and unplug, so you're far less likely to encounter that problem again.

What phones are compatible with Qi wireless phone chargers?

Most wireless phone chargers are compatible with any phone that is Qi integrated. If your phone is on the list below, it can be charged with any Qi Wireless Charger.

How do I choose a wireless phone charger?

While you don't necessarily need to be too particular about what wireless phone charger you choose, here are a couple of things you might want to consider.

Design and style:
Choose a phone charger with a design and style that you like. The two types of Qi wireless phone chargers that you will see are stands and pads. Stands prop your phone up, which allows you to do things such as check messages, answer calls, watch videos and scroll through music without interrupting your charging. Pads keep your phone lying down, so they’re best for when you just want to drop your phone off to charge and leave it. Some chargers functions as both a pad and a stand, so you can position it any way you like.

Coils:
A wireless phone charger only requires one coil to charge your phone. However, the more coils there are and/or the larger the coil is, the less precise you have to be about how you place your phone on the charger due to wider wireless energy transfer. So while one coil will be sufficient for charging your phone, if you're choosing a charger that has a particularly large pad, opt for multiple charging coils. 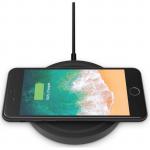 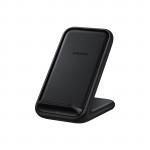 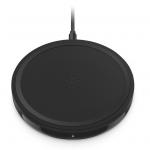 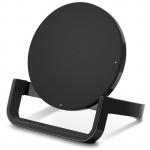 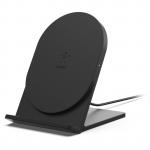 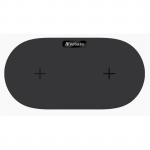 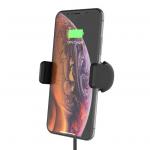 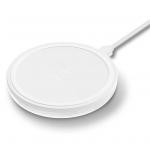 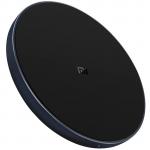 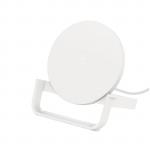 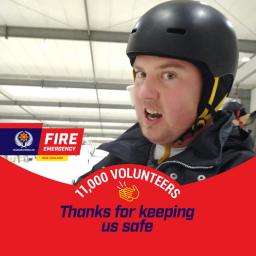