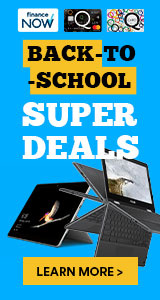 In this PB Tech Buying Guide, we’ll break down some of the Top Television Accessories on the market and go a little bit into why they're so good! 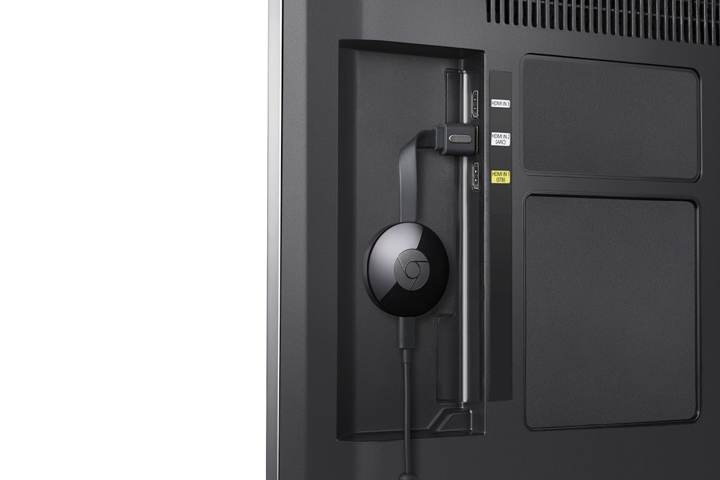 If you’ve ever wanted an easier way to share videos or photographs on your television with your family without fumbling around with HDMI cables and flicking through AV channels, you’re in luck! The Google Chromecast is a palm-sized USB-looking device that plugs into the HDMI port on the side of your TV and streams media from a mobile smart device or laptop to your television screen.

Chromecast works with popular apps you like Netflix, YouTube, Google Play, Pandora, and more, enabling you to choose your favourite movies, TV shows, songs, sporting events, and games. The latest model of Google Chromecast, the Ultra, also enables 4K and HDR support. Chromecast also offers screen sharing functionality, allowing you to stream whatever is on your computer screen straight onto your television.

By using your phone, it's easy to search, browse, queue and control the TV from anywhere in the home. You can still keep using your phone for other things without disrupting what's playing or draining your battery. Simply tap the Cast button to see your favourite content on the big screen.

When you're not casting, you can turn your TV screen into a beautiful backdrop of images. Customise your TV screen with Google Photos, Facebook, Flickr, famous works of art, headline news and more.

If you’ve got a Google Assistant like the Google Home or Google Home Mini, you can sync these up to work with each other. If your TV is switched on you merely need to ask “Hey Google, play my Dance Music Playlist on Chromecast” and voila! Your Chromecast will start playing what you’ve asked.

AppleTV – Turn your dumb TV into a smart TV: the Apple way If you’re in the Apple ecosystem and want to spruce up your television, without having to fork out the big bucks for a Smart TV, AppleTV is your new best friend!

AppleTV is a set-top entertainment box that houses all of your favourite apps in one convenient location. Use the App store, just like you would on your iPhone or iPad, to download all of your favourite streaming services such as Netflix, Lightbox, NEON, Apple Music, play an array of games and rent movies & television shows. Plus the Apple TV App is already on iPhone and iPad — so you can watch at home or wherever you go.

The Apple TV now supports 4K playback and operates extremely similarly to your iPhone or iPad. It’s got Siri built-in for handy information about movies and television, so you can say to Siri “Jennifer Lawrence movies” and Apple TV will display all of Jennifer Lawrence’s films. You can move your apps like you would on your iPhone to suit your liking, and also allows you to sync your Apple Music and iTunes libraries so you can immediately play all your favourite tunes. You can also use AirPlay to mirror what’s on your iPhone or iPad to share photos and content from your phone to the big screen. Dynamic, animated screensavers appear when your TV has been idle for a customised set amount of time, meaning your TV will still look good even when you put the Apple TV remote down.

In 32GB or 64GB storage options, you’ll be able to download and store a whole bunch of entertaining content for your living room or home theatre. You shouldn’t run out of storage for a long, long time, as Apple has implemented intelligent technology to manage local storage by only downloading the content you need at the time. To explain: let’s say you download a game with multiple levels. AppleTV will download the first 5 levels, with the rest in offline mode. Once you reach level 6, it will download level 6 and delete level 1 from storage. These, of course, are downloadable again – but it’s a really neat way to avoid filling up your storage with unnecessary data. If you only ever play a few games, use a few apps, and watch a few movies or shows at a time, 32 GB of storage should be enough to keep what you need local. If you play a lot of games, use a lot of apps, and watch a lot of movies and shows at a time, you'll want 64 GB. Most television speakers aren’t anything to get excited about. If you’ve ever been in the home of someone that loves their TV and films, you’ve probably seen their additional audio set up in their lounge or home theatre room. Because of this, we recommend grabbing a sound bar to compliment your television.

A sound bar is an all-in-one speaker system that delivers high-quality TV sound without requiring the space, complexity and expense of a home theatre or surround-sound speaker setup. A sound bar's long, slender cabinet contains two or more speakers and may provide either stereo or surround sound depending on which you purchase.

Sound bars are sleek and look great in any lounge – and are also unobtrusive, so you can still fit décor or other television devices like network boxes, consoles, etc on your display. Many sound bars in 2018 are wireless and will easily connect with a WiFi enabled or Smart TV – but don’t worry if you haven’t got a fancy TV, they also connect via HDMI! If you have a wall-mounted television you can also purchase wall-mount-enabled sound bars too.

Not only do they look good, but they amplify your television viewing experience. Whilst many television speakers don’t pack a punch and almost always point in the wrong direction, soundbars are designed to push the sound forward to the viewers and match what’s on screen with what you hear. Say for example there’s an explosion in a movie. Soundbars will amplify this explosion with added bass, making the noise more amplified and heavy.

Not only do soundbars work great for gaming, watching television and movies – they also make sweet speakers for music! If you’ve got your music system hooked into your television, simply play music as you would and hear the music through your sound bar. You can also pair your smart device with Bluetooth-enabled sound bars to play music straight from your phone or tablet to the speakers. Easy!

Universal Remote – Condense all your remotes into one handy stick Everyone’s been guilty of losing a remote or three, only to find one of them stuck behind the couch whilst looking for the other. Or you’ve picked up one remote and pressed the ON button, think it’s broken, only to find you’ve turned on the stereo and not the TV.

Say goodbye to these frustrations with a simple solution: one remote to rule them all! Universal remotes are programmed to respond to almost all remote-enabled devices in your household. They consolidate all of the command functions of your remotes and replaces them into a single device. You can even have one button command to turn on your entire home theatre system!

Having one single remote can also de-clutter your lounge. Instead of stacking up all of your remotes on the coffee table, pop all but one away into drawers or an ottoman and just use one. This simplifies your TV experience – not only for you and your household but for guests or house-sitters that may use your TV system too. Some universal remotes even have smartphone apps to compliment your set-up process and can also control other smart home devices such as light bulbs, lamps, and more!