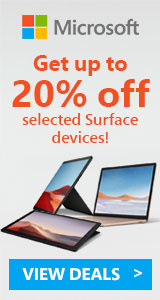 PB Tech is proud to continue our support of the Auckland Rescue Helicopter Team and with our most recent donation of three Apple iPad 10.2” for the medical staff to use, they’re now equipped with powerful new tools!

Why the iPad? Well, it’s powerful Like a computer, but with an ultra portable thin and light design plus fast Wi-Fi and 4G LTE Advanced cellular connectivity meaning it can go where they go, and fulfill many uses through all the advanced technology it has built-in. The A10 Fusion chip delivers amazing performance, so important programs run smoothly.

The size of this iPad, along with the advanced Retina display means what’s on screen is easy to read, and if audio is needed, it sports a powerful stereo speaker system and even microphones within the slim body. With the 8-megapixel back camera it can capture images in great detail, and being connected it can share them instantly with other team members if needed. And because it has a long battery life lasting up to 10 hours, it’s ready to go for the mission duration.

2020 brings us into the Auckland Rescue Helicopter services’ 50th year in operation, with origins dating back to the establishment of the Rescue Helicopter Service in late 1970, when the Auckland Surf Life Saving Association launched a world first in ocean rescue with the provision of the Hiller 12E helicopter! Since then, the service has performed many thousands of rescues and is internationally recognised for its pioneering work in saving lives.

The Auckland based Rescue Helicopter is staffed full-time by a talented flight crew consisting of pilots, paramedics and crewmen, and operates 24 hours a day, 7 days a week, 365 days a year.

We rely on the team at Auckland Rescue Helicopter to be there for New Zealanders when they need them most, and PB Tech aims to continue our support through technology so the team is equipped with the gear they need.

Signing off with a massive THANK YOU from the team from PB Tech!

"Jason Lum from the Penrose branch always helps me out and has extensive knowledge on upcoming..."

"BIG Thanks to Mark Stevens, At PBtech penrose. He is super cool and has the same interests as..."

"Thank you to Saad Malik who I can see has many positive testimonials already very clear to see..."

"I have been serviced by Mirhan. Very quick and effective help. I wish Mirhan great success."

"Great purchase it works perfectly. It was cheap and reliable will definitely come back to pb..."

"Always great to deal with pb tech and have great staff for when you do run into issues. Mirhan...."

"A big thanks to the PB team! You helped me through your processes with such ease. Nothing was..."

"A big thanks to Saad Malik. He patiently worked around the problems with headsets, etc. that..."

"Had a lot of issues with my order being delivered to the wrong address. Was struggling to find..."

"Just want to say a big thank you to Mirhan. Just been so helpful with all of my enquiries and..."

"Saad Malik (Web Sales) was extremely helpful to get my order sorted, thank you!!"

"Once again, the great team at Christchurch branch were very helpful today, as always."

"Saad Malik was quick and efficient with sorting out our order. Thanks!"

"I'd like to make a personal thanks to Saad Malik in your Sales Support team. He helped me with..."

"I'd like to make a personal thanks to Saad Malik in your Sales Support team. Having struggled..."

"Great service and communication. Was able to change/ complete an order to save shipping costs."

"Anticipating a slight delay in delivery but received very clear communication advising this...."