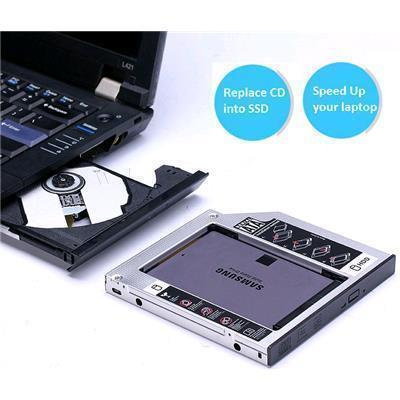 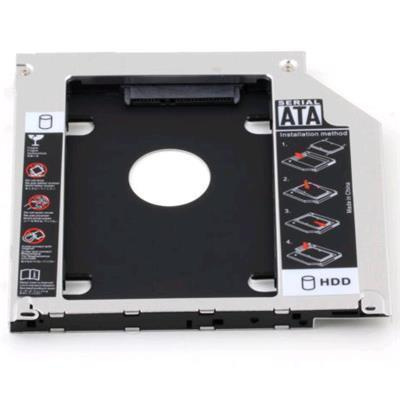 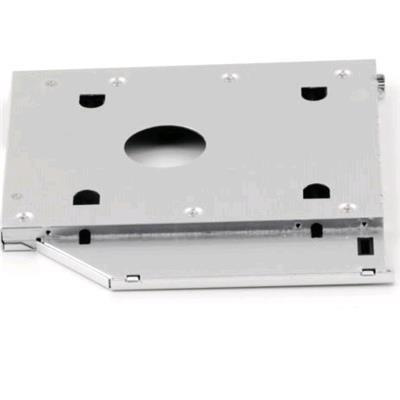 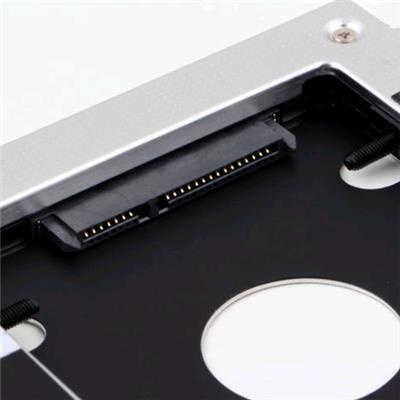 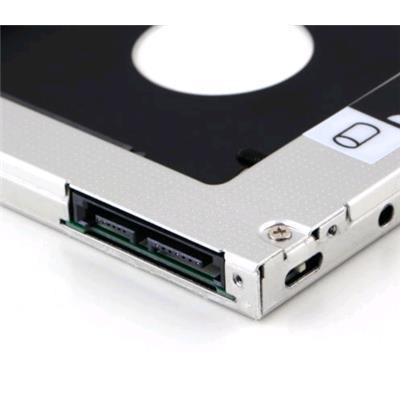 Laybuy lets you spread the cost of your purchase over 6, interest-free, weekly payments.

Click the button below or select Laybuy as your payment method during the checkout process.

If you do not have a Laybuy account you will be able to create one at checkout.

*Repayments shown above are indicative only and may vary. Ts and Cs and lending criteria apply.
Learn more about Laybuy

Five easy payments of $7.11 per fortnight*

humm lets you spread the cost of your purchase over 5 or 10 interest free payments.

Click the button below or select humm as your payment method during the checkout process.

If you do not have a humm account you will be able to create one at checkout.

*Repayments shown above are indicative only and may vary. Ts and Cs and lending criteria apply.
Learn more about humm 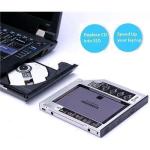 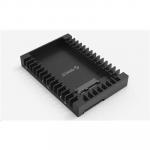 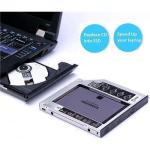 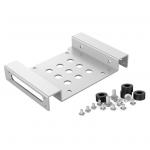 What PB Tech customers are saying about this product...See More Reviews

"Great quality. Must have if you do not wish to get your laptop opened and just increase the disk capacity"

"Again I used this product to retro-fit another MacBook Pro this time a 2012 model for another drive and partition for a second boot. This means I can work on the new Catalina boot ...view more"

"This item works perfecty well and is good value for money."

COMBO DEALS: Buy Together and SAVE!

Save even more by creating your own combo deal with any of the items below and the Universal 9.5mm SATA 2nd HDD/SSD Hard Drive Caddy For CD/DVD-ROM... 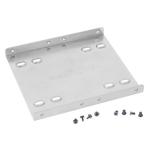 Installing the HDD Caddy into your laptop comes down to 3 basic steps.

Do you own this product?

Write a review and go into the draw to win great prizes each month! Learn more WRITE A REVIEW
Displaying 1 - 9 of 9 reviews

D
By: DaneyalK 19/03/21
Verified Owner
0 out of 0 users found this review helpful
Thank you

Great caddy for the price

Great for adding another drive

Want to know something about this product? Ask a question which other users may be able to answer.

Installing the HDD Caddy into your laptop comes down to 3 basic steps.

"I have always looked at PBtech first for the best prices for new PC and Electronic components...."

"The service team were excellent, the communication was swift and accurate. Saad was excell..."

"Excellent customer service and support team as always. One good reason why I choose to buy from..."

"Hey PB Team, Since I brought my first PC parts with you guys 4 years ago, I've never turned ..."

"Grace from Customer Service was incredibly helpful. She was able to help me when members of the..."

"Sohayl from customer service went the extra mile for me, Helping to track down an invoice from..."

"Fantastic support from Saad to re-arrange an order so we could pick it up locally. Fast and..."

"I ordered my Galaxy buds on a Sunday afternoon, expecting it to arrive in one week. But it only..."

"Literally the quickest delivery ever. It's so nice that it doesn't cost that much but it will..."

"Hi, I have purchased many items from PB and ALL interactions have been of a mutually beneficial..."

"Support from Saad to correct my ordering blunder was quick and efficient. This is why I choo..."

"Good service, I had an issue with a purchase and they fix it right away, thumbs up. Thanks."

"After dropping and breaking my old phone. I placed an order for a new phone and case through PB..."

"Needed my phone camera repaired in time for my nephews birthday, after it developed a bad focus..."

Need your order in a hurry? PB Tech offers same day delivery for the Auckland region. Simple place your order before 2pm (provided your items are in stock) and select one of our same day delivery options 'Evening Delivery' or 'Urgent 3-hour Delivery' in the checkout. T&C's apply. Learn more about Same Day Delivery.

Shipping costs vary based on your location and the items being shipped and in some cases shipping may even be FREE.

All orders shipped by PB Tech are sent via a courier with a signature required for each delivery. In some cases, and only where you have given the courier company permission to leave orders at a designated location, your order may be delivered without requiring a signature. All orders sent by PB Tech are fully insured in the unlikely event that your item(s) are damaged or go missing in transit.

You can pick-up your online order from any of our stores nationwide. You can select which store you want to pick up from at the checkout. Provided the store you select has stock and there's no hold-ups with payment we will have your order ready within 1 hour (during normal trading hours for that store) otherwise it may take up to 5 working days to transfer the stock to the store so your order can be fulfilled. Learn more about our Click & Collect process.

PB Tech holds a significant amount of stock in our New Zealand based logistics centre and can ship stock from this location usually within 2-4 working days (see the timeframes mentioned on each product page for more accurate delivery estimates).

In most cases, items ordered from the NZ Logistics Centre are first transferred to our Head Office / Distribution Centre before being shipped to the final destination.

Pick-ups from the NZ Logistics Centre

Unfortunately no pick-up options are available directly from this location, you can select a pick up from one of our branches however and we will transfer your order there so you can pick up.

Products marked as 'In stock with Supplier' are shipped from one of our suppliers / vendors. The time frame for shipments can vary so please refer to the shipping time frames mentioned on each product page for more accurate delivery estimates.

In most cases, items ordered from suppliers are first transferred to our Head Office / Distribution Centre before being shipped to the final destination.

If you change your mind after making a purchase, or realise you have ordered the incorrect item, you can enjoy the peace of mind that we offer a 7 day exchange policy.

To exchange a product, goods must be sealed / unopened, with packaging in original condition, and accompanied by a valid receipt dated no more than 7 calendar days from when you request an exchange.

If there is not a suitable product that can be exchanged for your returned item you will be offered a credit on your account or gift card based on the value paid at the time of purchase.

Please note, items purchased on finance cannot be exchanged for a gift card.

If your product develops a fault within the manufacturer warranty period, you can either contact the manufacturer directly (some manufacturers provide a high level of warranty service - including free pickup or in some cases onsite repair), or return to one of our services centres / stores. Where the product has been directly imported by PB Tech, you need to contact us directly or present the product at any one of our service centres / stores together with your proof of purchase.

If your product develops a fault outside of the manufacturer warranty or PB Tech warranty period, we offer a full repair service and are an authorised repair agent for leading brands such as Samsung, HP, Toshiba, Lenovo and more.

To contact the manufacturer directly to troubleshoot your product or to request a warranty repair, please view the list of manufacturer / brand warranty contacts (for products imported directly by PB Tech please return to us directly by completing our request a return form).

To return a product to PB Tech directly, please complete our request a return form.