THIS PROMOTION HAS NOW ENDED

For a limited time and only while stocks last, get yourself select ALL-AMD (Ryzen + Radeon, see T&C for eligible list) Gaming PC/Laptop, or stand-alone RX 6900 XT graphics cards at PB Tech and you can register to redeem a Far Cry 6 + Resident Evil Village Game BONUS!

This promotion is valid on eligible purchases from the 10th of September - 31st of December 2021, T&C apply.

Far Cry 6: Dive into the gritty world of a modern-day guerilla revolution to liberate a nation from its oppressive dictator Anton, who wants to build the wealth of the nation for his son to inherit – he will sacrifice the freedom and lives of anyone who stands in his way. After revolution and decades of foreign economic sanctions and blockade, Yara has been frozen in time, forcing its people to find new ways to adapt. In its past life, Yara was a prosperous nation and a tropical paradise that attracted travelers from all over the world, excited to explore its lush jungles, pristine beaches, and sprawling city!

Resident Evil Village: A horrific gaming experience awaits you in the eighth major entry in the Resident Evil series. With ultra-realistic graphics powered by the RE Engine, fight for survival as danger lurks around every corner. Set a few years after the horrifying events in the critically acclaimed Resident Evil 7 biohazard, the all-new storyline begins with Ethan Winters and his wife Mia living peacefully in a new location, free from their past nightmares. Just as they are building their new life together, tragedy befalls them once again. When BSAA captain Chris Redfield attacks their home, Ethan must once again head into hell to get his kidnapped daughter back.

Fill in the form below to redeem your AMD REWARDS BONUS! 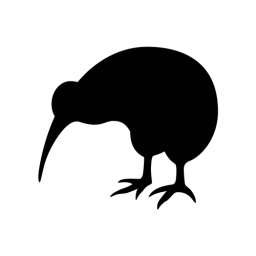 "Ive been buying from them for a while and ive built 4 pcs with parts from here, got laptops,..."

"I'm from Tonga and been to Nz so many times but recently decided to start a Small Tech Shop..."

"They are fantastic and very helpful- Even with the mandates.It was still easy to shop and I..."